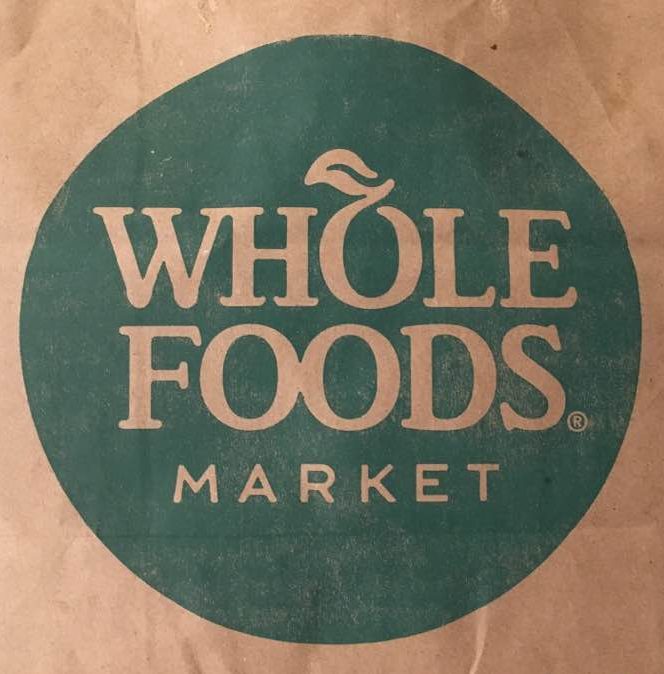 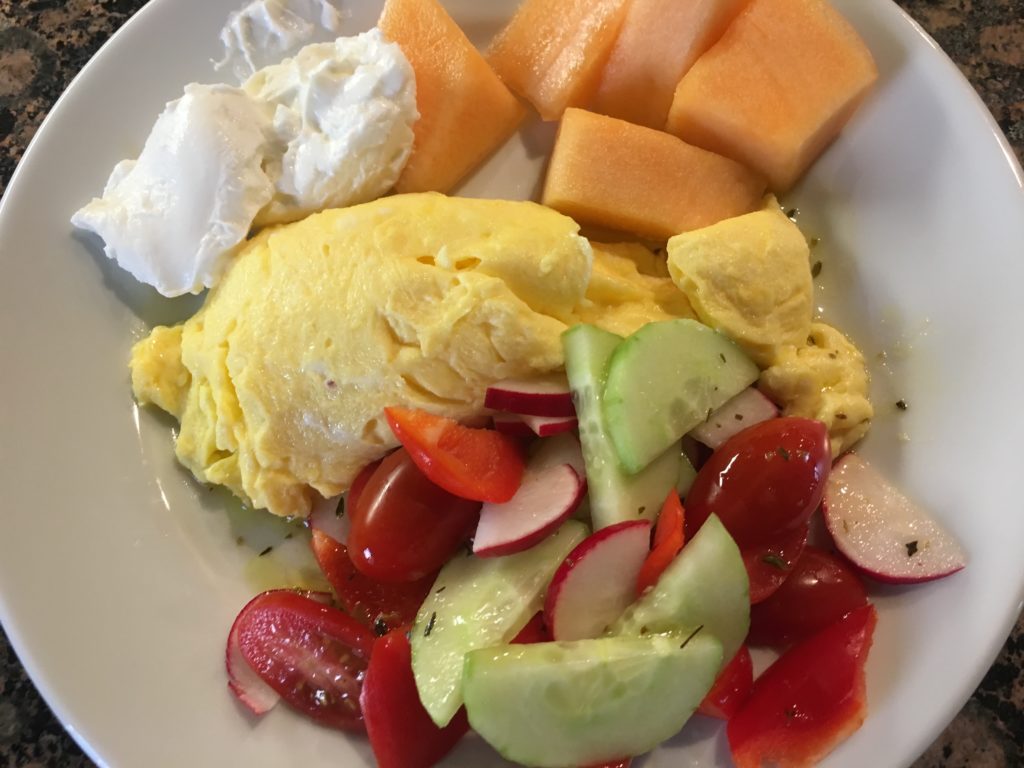 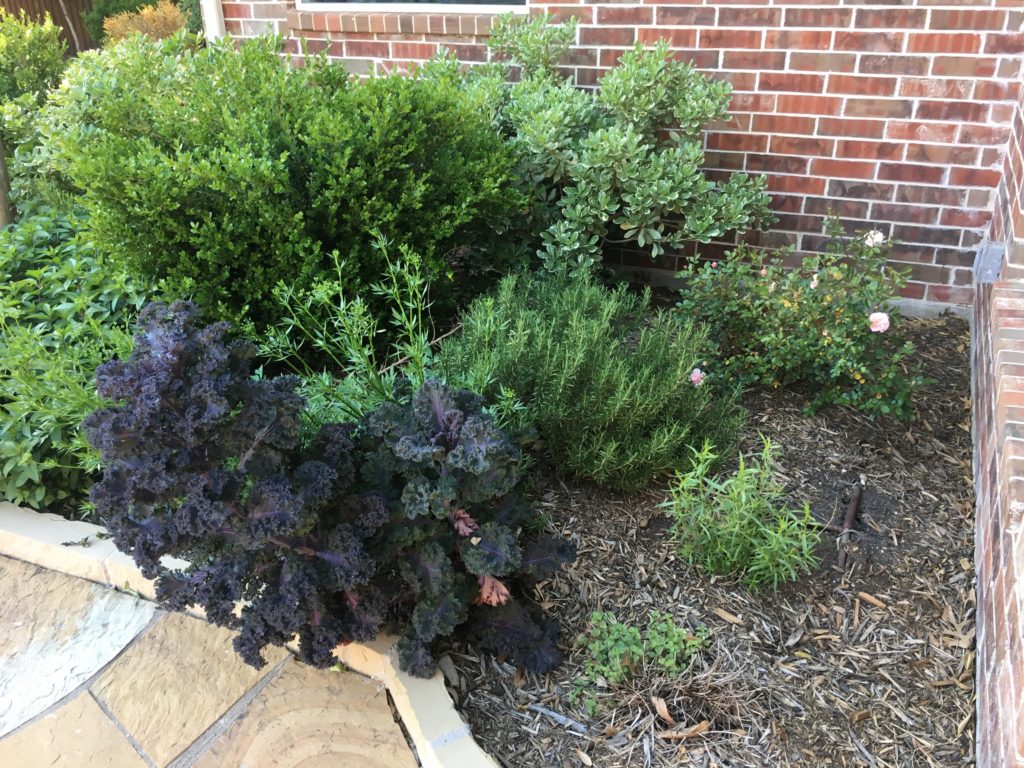 My herb garden is a tad overrun. Tomorrow I will be out there trimming and scaling back much of what has become an overgrown mess. My winter kale is pretty much spent and my mint (not pictured) has taken over any bare spot it could find.

Today I bought fresh herbs to add in with what I already have growing. Soon there will be more sage, Italian Flat-leaf parsley, and chives growing alongside my established rosemary, tarragon, Greek oregano, thyme, and [overgrown] mint. When it becomes available, I’ll add my favorite summer herb: Genovese basil – perfect for Caprese salads, as an addition to Gin and Tonics…and of course for making pesto. Summer is right around the corner!! 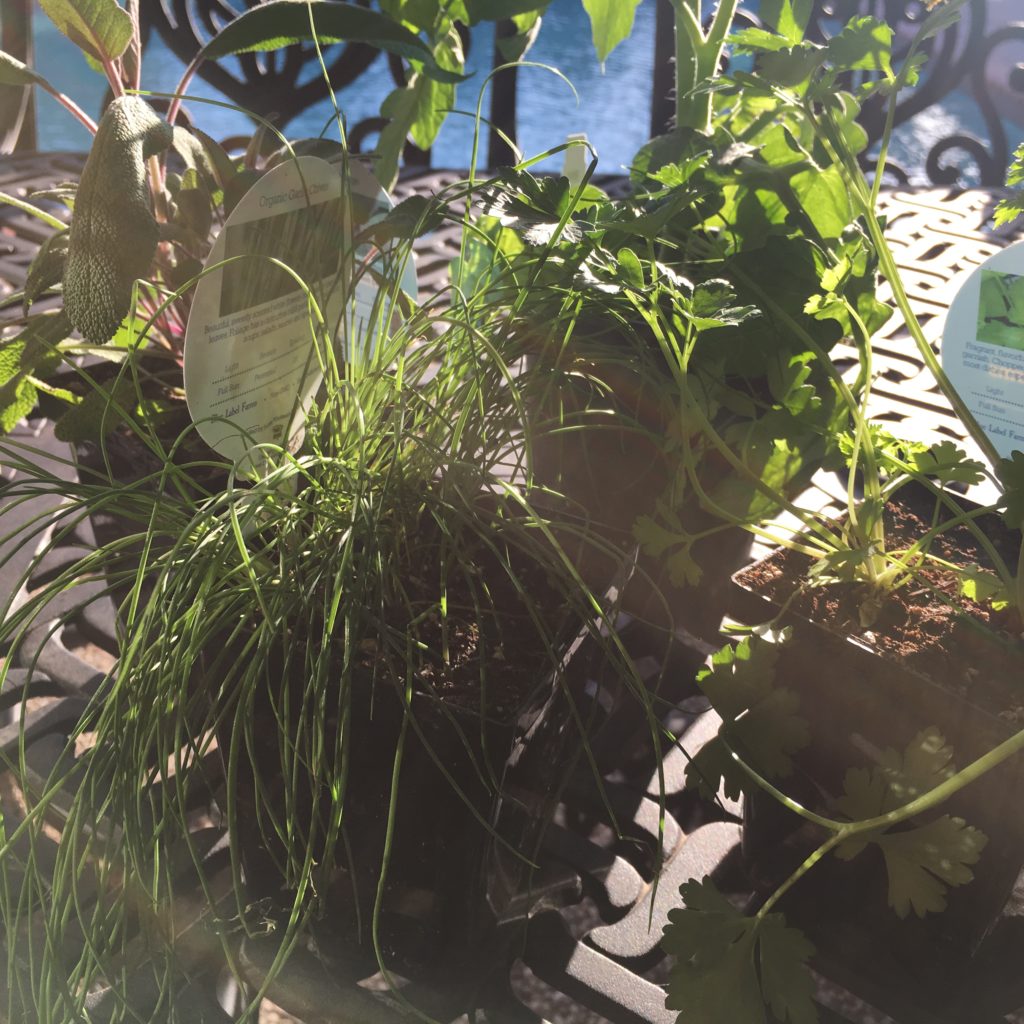 Are Tomatoes In My Future?

I threw caution to the wind and even added a tomato plant in with the new herbs. Once again I will attempt to grow that most elusive of plants [for me] in search of that all-delicious, mouth-watering summer tomato. My success rate to date is zero. But I’m feeling lucky this year!! How great would it be to have home grown tomatoes to pair with that Genovese Basil? Or how about a tomato sandwich? [drool] Yes, it’s definitely worth the attempt. And if it fails? Well, there’s always the farmer’s markets… 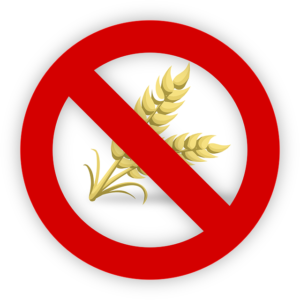